In centuries past, the theater provided one of the few ways to enjoy a live-action comedy or drama. The advent of television and film changed all that, but audiences do enjoy attending theatrical productions. That's why so many local community theaters continue to draw audiences. Some productions may be wholly original or new versions of plays performed for years and years. Regardless of how a particular play performance came to be, wouldn't it be great to reach the widest audience possible? Shooting and streaming a live video feed could do so. The play's producers should make sure the video looks as professional as the live version. Calling in a video production service to handle the job helps this cause.

The Necessity for a Professional Production

Neither a director nor a producer who cares about their craft would knowingly and willingly cut corners with a play's production. As long as the budget can afford it, most creative talents will spend on making the play look good. However, they might not realize this same attitude is necessary when streaming the video. Setting up a single, consumer-grade camera isn't enough. The visuals for the play's stream should improve when hiring professionals.

Improving on a Single-Camera Feed

A live video production team can watch a play's rehearsals and come up with a multi-camera setup designed to record various shots including close-ups, medium-shots, and long-shots. Setting the cameras up at strategic locations allows for changing angles of view. Live shots can undergo "switcher" editing that changes the camera feed to the monitor displaying the feed. The process here is not far removed from the way theatrical productions air on local PBS television.

Getting the Lighting Right

Lighting plays a massive role in making sure the theater's audience sees what happens on stage. The same is true for the audience watching the live video feed. Specific tweaks to the stage's lighting may be necessary for the video feed's lighting to look good. Amateur-hour DIY video streams may lack the expertise required to adjust the lights appropriately. And is there anything worse than a video you can't see because it is too dark?

Hitting "record" preserves the production for posterity. Recording the rehearsals allows for editing better takes into the opening night performance, if necessary. A video production team also handles this type of post-production work. While the live feed may turn out good, an edited version might look great. 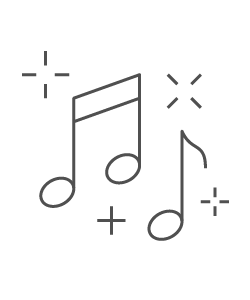 Have you ever felt like you needed to call an AV tech when setting up what should have been a simple home theater system? You're not alone. AV can be confusing when you are not a professional, which is why we created this website. Here, you will glean numerous tips and tricks to help you improve your audio visual experience in your own living room. You will also learn when you really do need to call a pro while gaining more insight into the real careers of AV technicians. We hope you enjoy this information we've collected, even if it is not being presented with surround-sound.